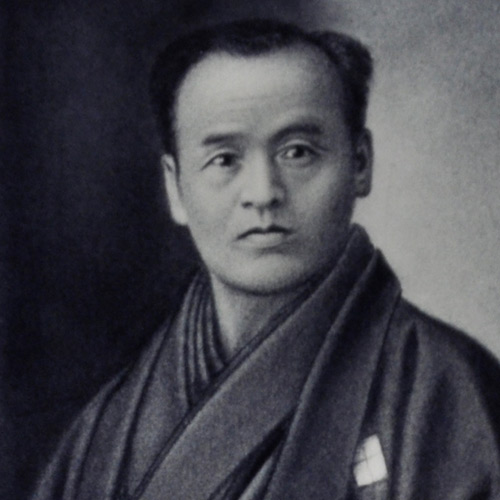 Takeda Sokaku was born the second son of Takeda Sokichi on 10 October 1859 in the Takeda mansion within the precincts of Aizu Ise Shrine in Oike. As a child, Sokaku witnessed first-hand the battles of the Aizu War, many of which took place within walking distance from his home. He learned kenjutsu, bojutsu, sumo, and Daito-ryu from his father. He also learned Ono-ha Itto-ryu from Shibuya Toma at the Yokikan dojo, which was located in the Bangemachi district of the Aizu domain. In 1873, together with his father Sokichi, he visited the Jikishinkage-ryu dojo of Sakakibara Kenkichi with whom Sokichi had good relationship. Sokaku became a live-in student at the Sakakibara dojo, studying the depths of Jikishinkage-ryu.

Sokaku`s stay in Tokyo was cut short by the sudden death of his older brother Sokatsu in 1876. Sokatsu had entered the priesthood and, with his unexpected passing, Sokichi determined that his second son, Sokaku, would succeed him, an arrangement that he felt would give Sokaku a more respectable vocation. Consequently, the seventeen-year-old Sokaku was sent to Tsutsukowake Shrine in Fukushima prefecture (the Aizu domain had ceased to exist by that time). The chief priest there was Hoshina Chikanori (1830-1903), formerly known as Saigo Tanomo and a one-time Aizu domain councilor. Hoshina was sympathetic to the cause of Saigo Takamori (1828-1877), a key figure in the Meiji Restoration, who now found himself at odds with the Imperial government he had helped to create. It would appear that Hoshina briefed Sokaku on the political and military situation in the country and, in particular, on Takamori`s activities in Kagoshima. At that time, rumors of Takamori`s rebellion buzzed in Sokaku`s ear and after a short stay of only a few weeks at the shrine as an apprentice priest, he abandoned his duties and set out for Kyushu with the intention of joining Takamori`s army.
Sokaku made his way towards Kyushu via Tokyo and then Osaka where he spent a period of time training at the Kyoshin Meichi-ryu kenjutsu dojo of noted swordsman Momonoi Shunzo (1826-1886). Objections from those around him and other events eventually conspired to prevent Sokaku from joining Takamori`s army, and he finally abandoned his plan. Nonetheless, he did not return home but instead spent the next ten or so years traveling around the southern part of Japan engaged in self-training. There are no known documents from this period of Sokaku`s life, but various accounts of his training and adventures were left by his son Tokimune.

Likewise, few details are available on Sokaku`s activities following his period of wandering in southern Japan. It is known that he spent some time in his native Fukushima prefecture, during which time he married and fathered two children. He also accompanied Saigo Tsugumichi (1843-1902), a younger brother of Saigo Takamori, to Hokkaido about 1887, when Tsugumichi became the head of the Hokkaido Development Project. It seems likely that Sokaku continued his training in the martial arts during this period extending into the 1890s and may have begun his teaching activities as well.

Hoshina Chikanori (Saigo Tanomo)
Sokaku trained in Daito-ryu under his father Sokichi. As for oshikiuchi he learned it for the first time from Hoshina Chikanori while studying under his mentorship at Tsutsukowake Shrine as an apprentice priest in 1876. In later years Sokaku would visit Hoshina often, including in 1898 when he spent some time at Ryozen Shrine in Fukushima prefecture, used as a dojo for esoteric practices by the Tendai Buddhist sect. There, under the supervision of Hoshina, Sokaku is said to have mastered the arts of divining time and space, the Mind`s Eye and other magical powers, as well as the deepest secrets of oshikiuchi. On 12 May of the same year Sokaku received a poem from Hoshina:

People, do they know? Though you may strike the flow of a river no mark is left on the water

This is thought to have signified the formal transmission of Daito-ryu to Sokaku. Since that time Sokaku referred to himself as a practitioner of Daito-ryu Aikijujutsu and Ono-ha Itto-ryu swordsmanship. He began traveling around Japan teaching these martial arts and is revered as the "interim reviver" of Daito-ryu.

It is possible to trace Sokaku`s whereabouts over a span of approximately fifty years with pinpoint accuracy beginning from 1892. This is due to the fact that of most of his personal enrollment books (Eimeiroku) and payment ledgers (Shareiroku), in which he had recorded detailed information on his teaching activities, have been preserved. These books contain the names and addresses of students, techniques taught, amounts paid, and other relevant information.
In 1910, Sokaku accompanied Akita prefectural police chief Takarabe Sanehide to Hokkaido upon the latter`s transfer to Japan`s underdeveloped northernmost island. Sokaku decided to settle in Hokkaido and there he remarried. Hokkaido would remain the site of his official residence for the rest of his life. After finishing his assignment with Takarabe, Sokaku began traveling around Hokkaido teaching Daito-ryu in various locations. Later, on the invitation of his student Ueshiba Morihei, Sokaku moved to a new dwelling in the Hokkaido town of Shirataki, where he lived with his wife Sue. This union produced seven children including Sokaku`s successor Tokimune.

With the exception of the years of 1921 and 1922, Sokaku seldom ventured outside Hokkaido until the mid-1930s. Starting in 1934 he shifted his activities to the Tohoku, Kanto, and Kansai areas. While in Kanto he was often assisted during his instructional tours by Sagawa Yukiyoshi (1902-1998). Then in 1936, Sokaku appeared at the office of the Osaka Asahi News, announcing himself as "the martial arts teacher of Ueshiba Morihei." The specifics of this episode are surrounded in controversy, and it is unclear why Sokaku showed up so unexpectedly and took over instruction at the dojo where Morihei had been teaching since about 1933. In any event, during the following two years and eight months Sokaku often visited Osaka and taught Daito-ryu, eventually awarding menkyo kaiden (license of full transmission) certificates to both Hisa Takuma (1895-1980) and Tonedate Masao in 1939.

Sokaku spent most of the last years of his life in Hokkaido. Despite his advanced age he continued teaching until finally passing away at age eighty-four, on 25 April 1943 in Aomori prefecture during one of his usual instruction tours.

Takeda Sokaku mastered many different martial arts during his life, including sword, Daito-ryu Aikijujutsu, spear, staff, stick, shuriken, and others. He held the highest certificate (inka) awarded in Takada-ha Hozoin-ryu spear and menkyo kaiden in Ono-ha Itto-ryu swordsmanship. In his youth, he visited numerous dojo throughout Japan polishing his skills. He also engaged in personal training austerities, secluding himself in Udo Myojin Shrine in Kyushu, Futarasan Shrine in Nikko, Hagurosan Shrine in Yamagata prefecture and other places, always striving to temper his body and spirit. Sokaku`s sword skills were extraordinary and fearsome to the degree that he was called "the little demon of Aizu." He was less than 150 centimeters tall, but is said to have had piercing eyes, skills that reached a level that seemed almost divine, and an ability to know a person`s past, present and future even before meeting him. During his lifetime he taught about 30,000 students, including many famous martial artists (among them the swordsman Shimoe Hidetaro, aikido founder Ueshiba Morihei), as well as a wide array of politicians, military officers, judges, policemen, and other persons of high social standing from all over Japan.