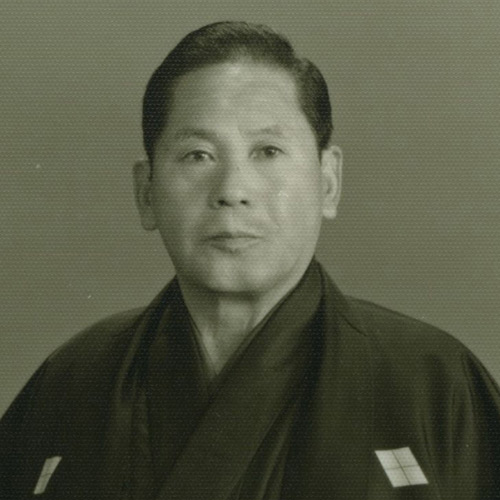 Sokaku`s successor, Takeda Tokimune, was born in Shimoyubetsu in Hokkaido in 1916. He was the first son born to Sokaku from his marriage to Sue, although Sokaku also had other children from two previous marriages. Around 1925, Sokaku began grooming Tokimune to be his successor, training him strictly in both swordsmanship and Daito-ryu. Tokimune lost his mother in 1930 as a result of a tragic fire that engulfed a local cinema. He was called upon to help look after his younger siblings in the absence of his mother.

In time, Tokimune began accompanying his father as his Representative Instructor (kyoju dairi), and in 1939 he became the Director of General Affairs (somucho) under Sokaku. Tokimune accompanied his father to Osaka that same year to award the menkyo kaiden certificates to Hisa Takuma and Tonedate Masao. The Eimeiroku entries written by Hisa and Tonedate state that these two were "taught the menkyo kaiden techniques by both Takeda daisensei and Mr. Takeda Tokimune." Also, Tokimune`s signature appears alongside that of his father as "Daito-ryu Aikijujutsu, Director of General Affairs" at the beginning of this Eimeiroku. Moreover, the then twenty-three year-old Tokimune appears in commemorative photographs taken on that occasion.

With the outbreak of the Pacific War, Tokimune was called into military service. Upon his departure overseas, he left Sokaku`s Eimeiroku and other documents in the care of Sagawa Yukiyoshi for safekeeping, out of concern that he might not return. Following his repatriation after the war, Tokimune relocated to Abashiri city and completed the Hokkaido Police Officer Training Course in 1946. While a member of the police force, he received several awards for outstanding service in the line of duty.

Tokimune became Sokaku`s successor upon the latter`s death in 1943. In 1954, he established his Daitokan dojo in Abashiri and began teaching Daito-ryu there. He changed the name of the school to "Daito-ryu Aikibudo" and assumed the title of Headmaster (soke). In 1976 he retired from his post on the board of the Yamada Fishery Company and devoted himself wholly to teaching Daito-ryu all over Japan.

Takeda Tokimune contributed greatly to the spread of Daito-ryu by introducing the art, that had been previously taught only to persons of relatively high social standing, to the general public via so-called "headmaster direct transmission seminars" (soke jikiden kai) organized throughout different parts of Japan. During the Japanese traditional martial arts demonstration held at the Nippon Budokan on 7 February 1981, Tokimune demonstrated for the first time a number of Daito-ryu techniques that had remained secret until that time (this demonstration was later televised on the NHK Education Channel). These included pinning down to the ground six opponents attempting to hold him from a standing position (tachiai rokunin zume); simultaneously throwing nine opponents attempting to pin him supine to the ground (newaza kyunin nage). Martial artists from around Japan were impressed with the sophistication of Daito-ryu techniques and Tokimune`s abilities. During the same event in 1985, Tokimune for the first time demonstrated the feat of collapsing seven opponents who had lifted him up high in a horizontal position. Tokimune received numerous awards from different martial arts organizations, and on 3 November 1987 received the Cultural Award from Abashiri city.

In 1988, Takeda Tokimune appointed Kondo Katsuyuki, then the head of all Tokyo Daito-ryu Aikibudo Branches, to be both Representative of the Headmaster (soke dairi) and Director of the Overseas Headquarters (kaigai hombucho) in regard to Daito-ryu Aikibudo. That same year, Tokimune granted Kondo the menkyo kaiden (license of full transmission) certificate in Daito-ryu Aikijujutsu, thus formally passing on the Main Line Daito-ryu tradition. From 1989, Tokimune`s health began to deteriorate and he spent most of his last years hospitalized until his death on 2 December 1993.